Press-release: Members of The European Parliament Support the Creation of a Task Force to Monitor Free Movement in the EU 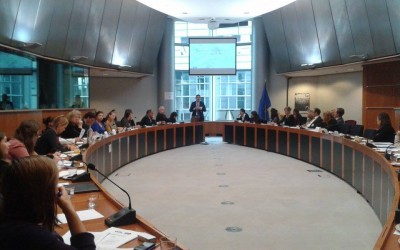 Cross-party MEPs have called for a working group to be set up in order to monitor the enforcement of free movement rules in different Member states in light of the recent and unprecedented calls from several governments to impose further restrictions on the free movement of persons.

These MEPs attended the lunch-seminar in the European Parliament on “Free Movement in the EU Today: Challenges and Opportunities”, organised by Ms Jean Lambert, MEP, Group of the Greens/European Free Alliance and the European Citizen Action Service (ECAS). During the meeting, the main findings of the ECAS study on the fiscal impact of EU migration in Austria, Germany, the Netherlands and UK were unveiled.

This report showed that EU migrants are in general younger, have fewer children and are more educated than the average citizen of the hosting country. Ms. Jean Lambert, Group of the Greens/European Free Alliance, commented that “This report unequivocally shows that EU migrants make a net positive contribution to the economy of the host Member State.”

Some of the statements made by the MEPs during the event:

“Freedom of movement is a fundamental part of the European Union and actually labour migrants contribute more to the economical system of the new country, than the amount of benefits that they claim.”- Ms. Cecilia Wikstrom, MEP, Group of the Alliance of Liberals and Democrats for Europe.

“Migrants are an opportunity and not a threat. Let’s have a discussion based on facts, not emotions.”– Ms. Laura Ferrara, MEP, Europe of freedom and direct democracy Group.

“Free movement is the core of Europe, of solidarity, and of opportunities.” – Ms. Brigit Sippel, MEP, Group of the Progressive Alliance of Socialists and Democrats in the European Parliament.

ECAS has engaged to follow-up on this proposal on behalf of civil society in order to promote an evidence-based approach when it comes to free movement and counter inaccurate statements. The proposed working group would be able to extend on the results of the study to encompass other Member States.